I finished up the second Vanguard model, and I think I did a better job than the first. I had some issues with the varnishing and with the photography, but the model looks pretty good in person.

I did a much more thorough job highlighting the model overall, and I’m quite pleased with how it all came out. I also tried to make the base clearer, with better gradients. The biggest improvement is the face, which I reduced to a blobby mass on the first model. I finally learned just what people are talking about with multiple (really thin) thin layers of paint, so as not to ruin detail. I also toned down the front arc marking a lot from the prior model. It’s probably a little too subdued now, but I’ll fix that by having the highlighting go all the way up to white in the future, as it does for the hexes on the base. 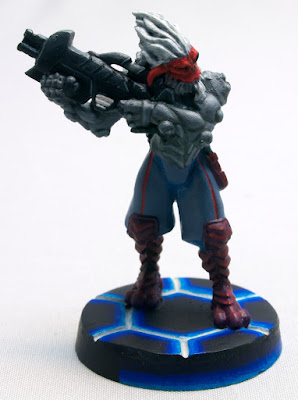 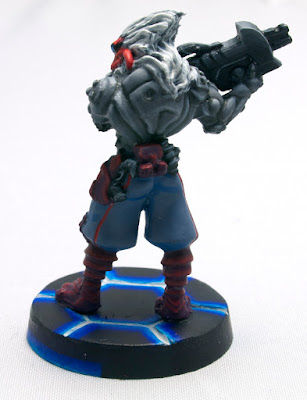 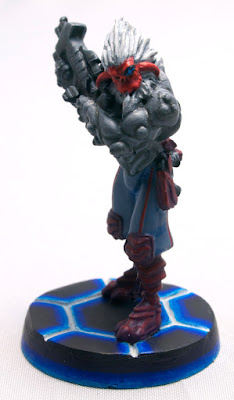