My latest miniatures conversion project: Sogarat HMG in a running pose. Apologies in advance for the crappy phone pictures. I’ll get a good set with my real camera at some point.

Kind of a badass, but also quite static. So for my second one, I decided to make the pose more dynamic.

Start by clipping off the axe: 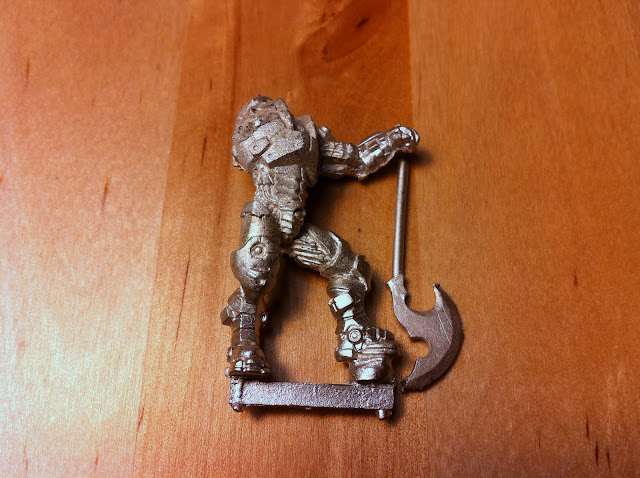 Saw off the arm (with that jeweler’s saw again): 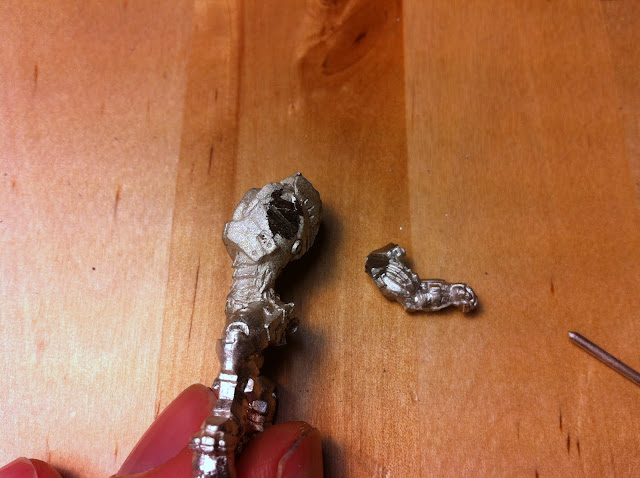 Take off and disassemble the one leg. I ended up sawing off the other leg as well, so that I could angle it inwards more. 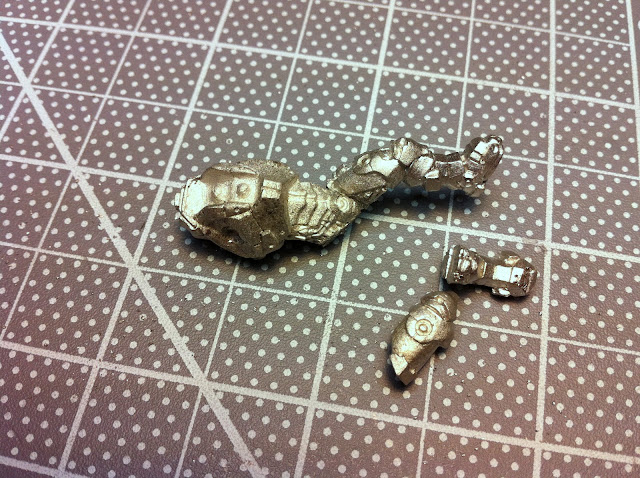 Reassemble the other leg and prepare a pin: 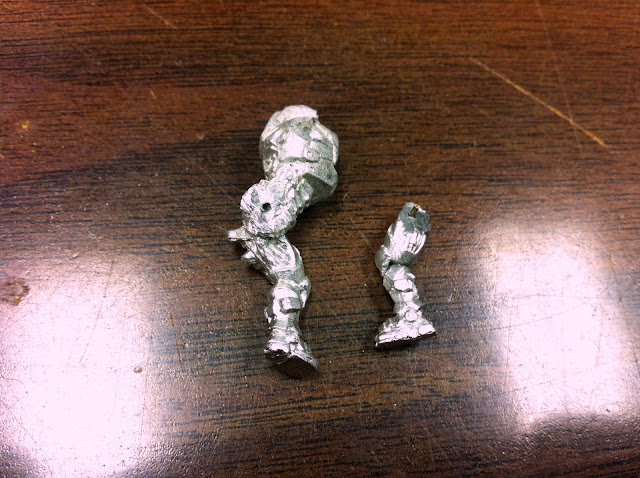 And then put it all back together. I cleaned up the underside of the raised hand a bit with my Dremel. For the most part the arms just fit without any significant adjustment. I decided to go with a “leading the charge” pose with the left hand instead of trying to bring it around to the gun or anything like that.

I had to resculpt his one leg somewhat, which involved making the mechanical under-texture. It’s a bit simpler than a lot of the human braided cords, so it turned out alright. 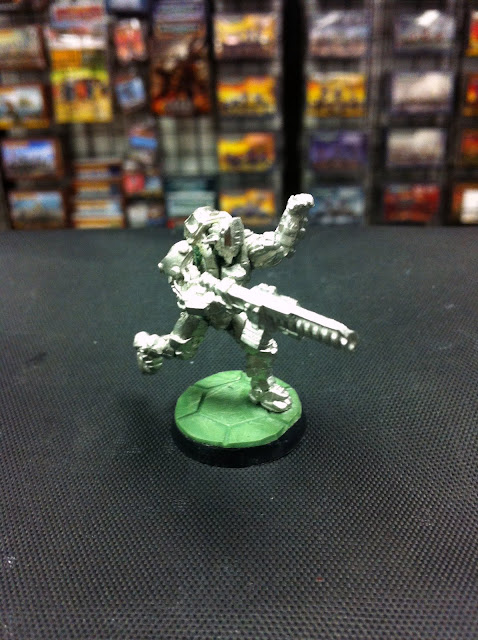 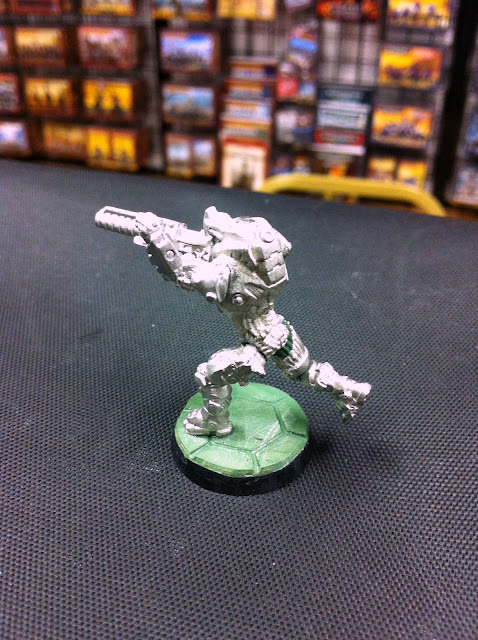 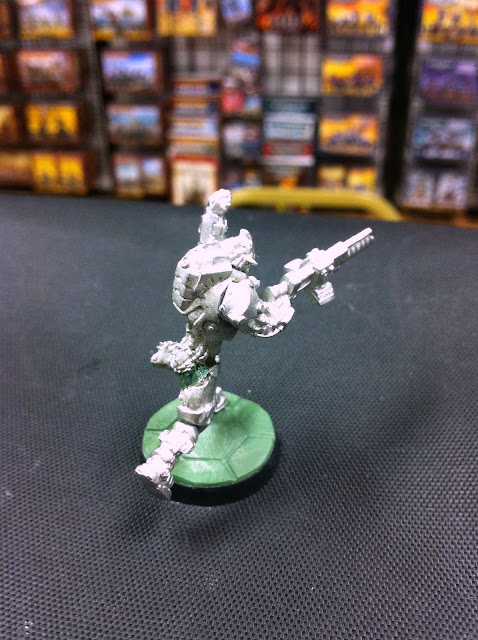 If you look too closely, you can tell that his hips really aren’t at quite the right angle, but I don’t think it’s too apparent from most angles. Suggestions and comments are welcome – I’ll take him back apart if people find anything that is broken enough. Overall, though, I’m pretty pleased at how well this fairly significant chop-job turned out.

Bonus picture – imagine what could have been. 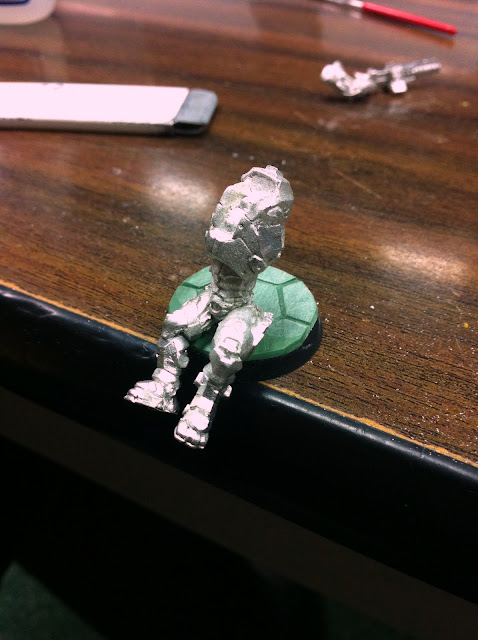